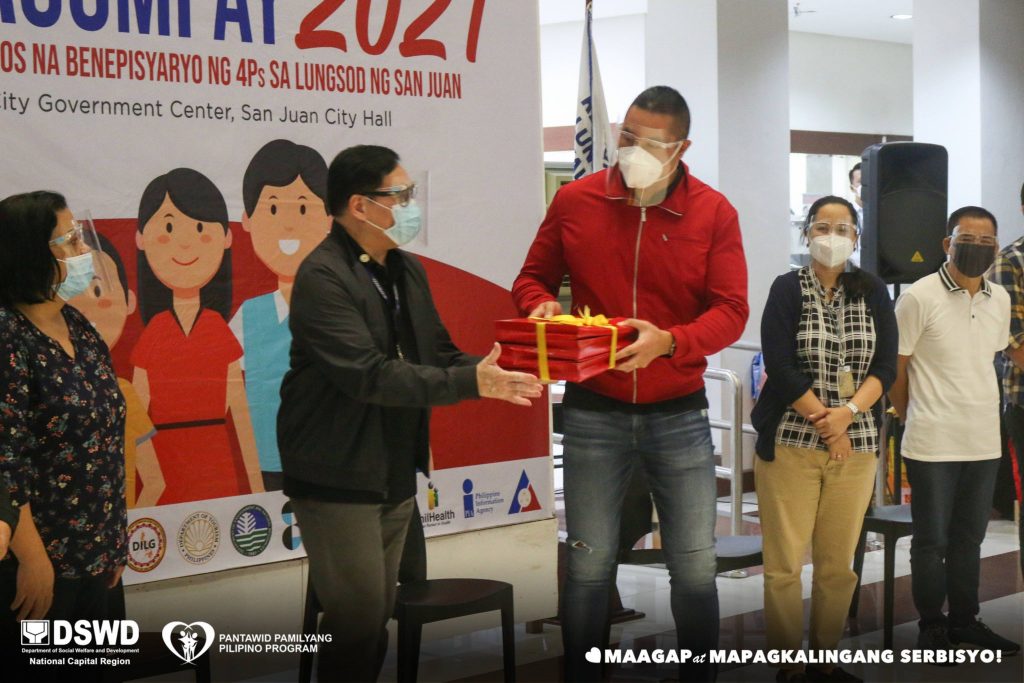 The ceremonial graduation featured 8 household members from San Juan City who have successfully exited from the Program. The said Program members were assessed to be self-sufficient households based on the latest results of the following: Social Welfare Development Indicators (SWDI) administration; assessment findings using the Kilos Unlad Case Management Tools; and revalidation output of the assigned Case Managers. 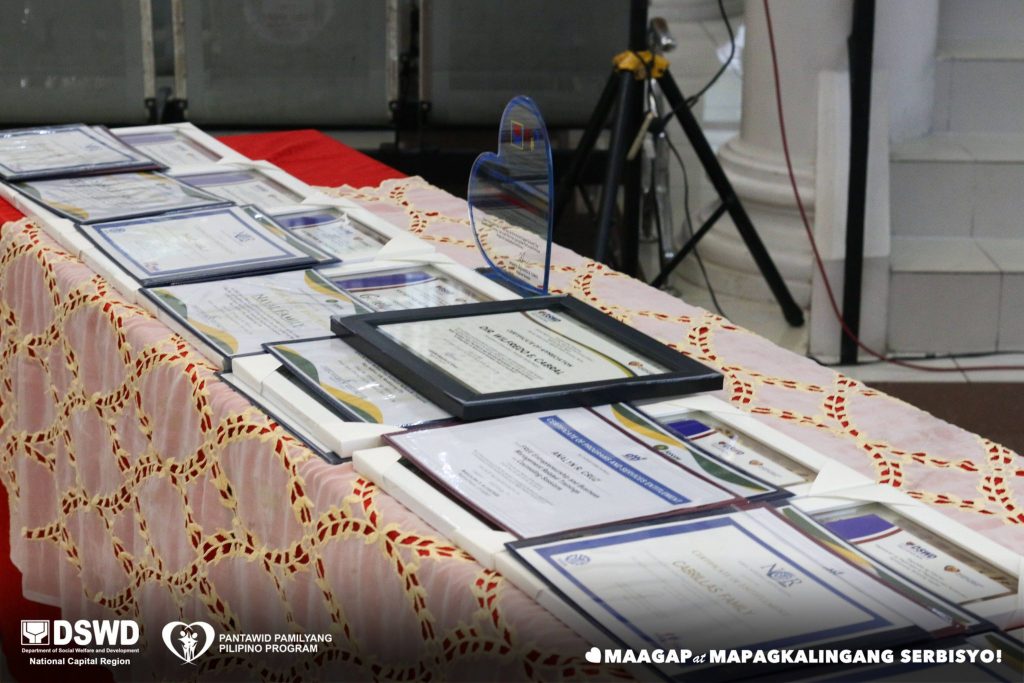 Moreover, Department of Education (DepEd)- NCR Regional Director, Wilfredo E. Cabral gave his message of support for the Program during the said activity. He encouraged the graduated beneficiaries to be frontliners for social change and development especially in the City of San Juan.

“To all the graduates, let us look forward and ensure that you will be the frontliners to change this Nation, to change our country and to a better one equipped with the needed characteristics and attributes for a better future, Congratulations!” Dir. Cabral said.

Meanwhile, San Juan City Social Services Vice Chairperson, Bea De Guzman committed to provide continuous assistance to the exited beneficiaries through the support of the City Social Welfare and Development Office (CSWDO) as she gave her message of acceptance to the graduated household members who will be turned over to their LGU. 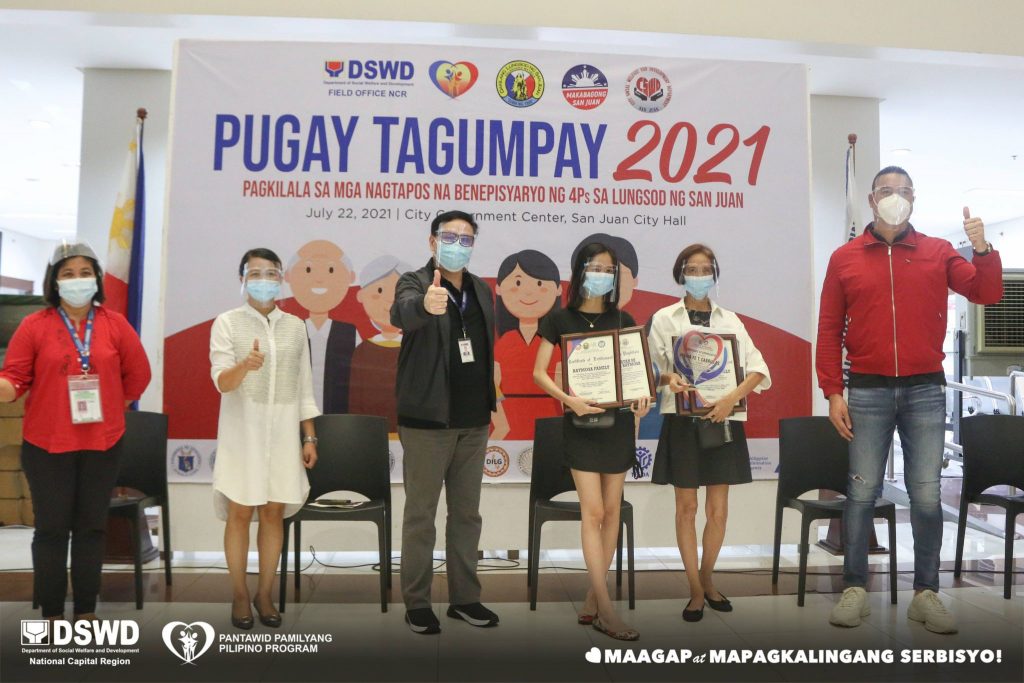 Also, DSWD-NCR Regional Director Vicente Gregorio B. Tomas capped the activity by giving gratitude to the Program members and stakeholders as he emphasized that the success of the implementation of 4Ps in San Juan City is a convergent effort of the National Government Agencies and the Local Government Unit of San Juan. 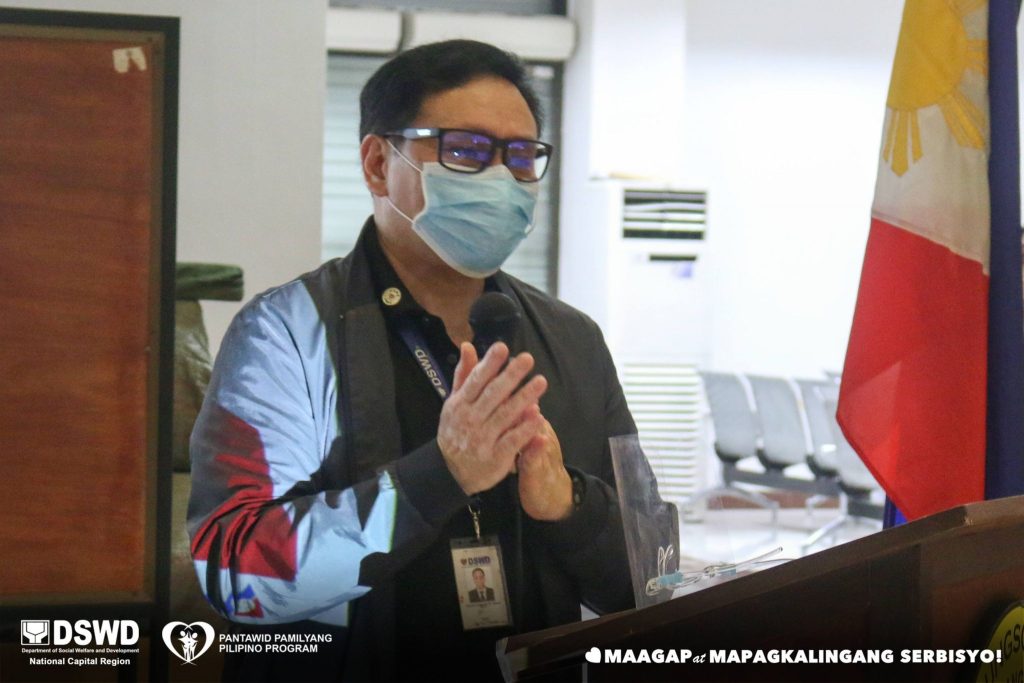