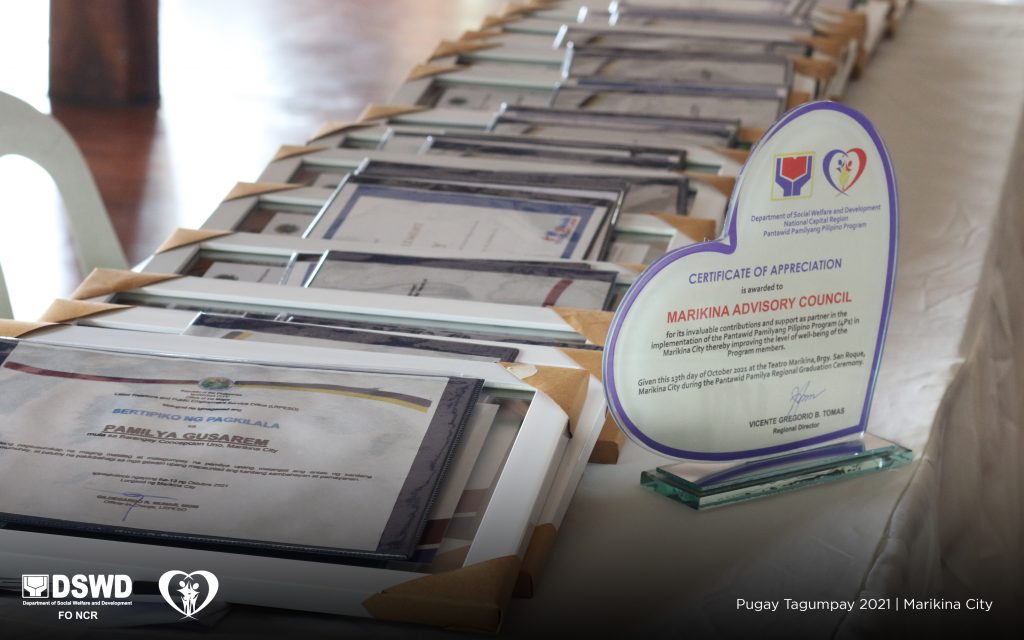 The graduation ceremony featured 18 household members from Marikina City who have successfully exited from the Program. The said 4Ps members were assessed to be self-sufficient households based on the latest result of Social Welfare Development Indicators (SWDI) administration, assessment findings using the Kilos Unlad Case Management Tools, and revalidation output of the assigned case managers. 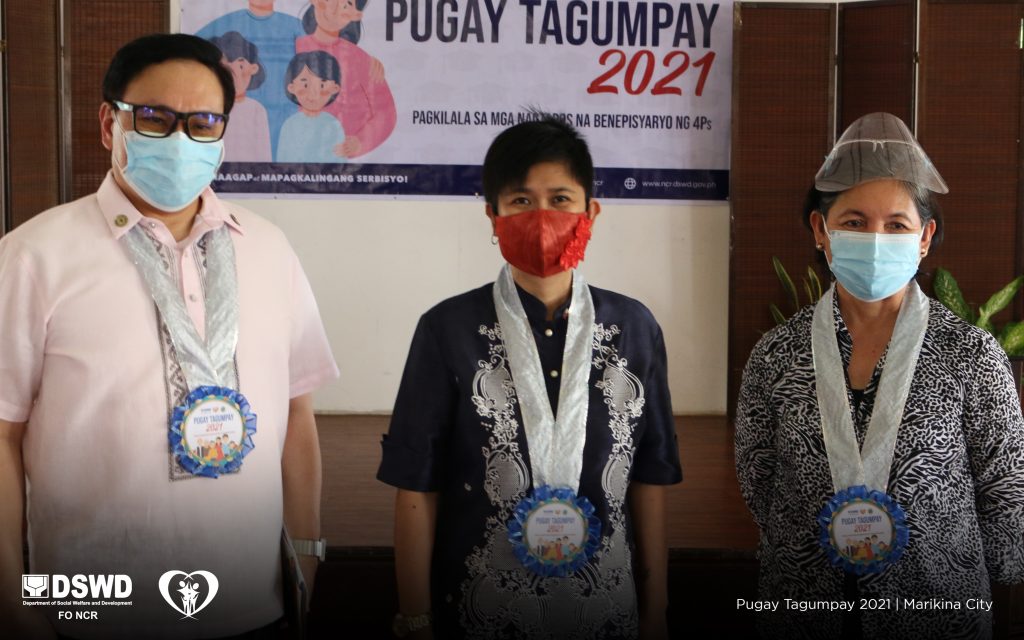 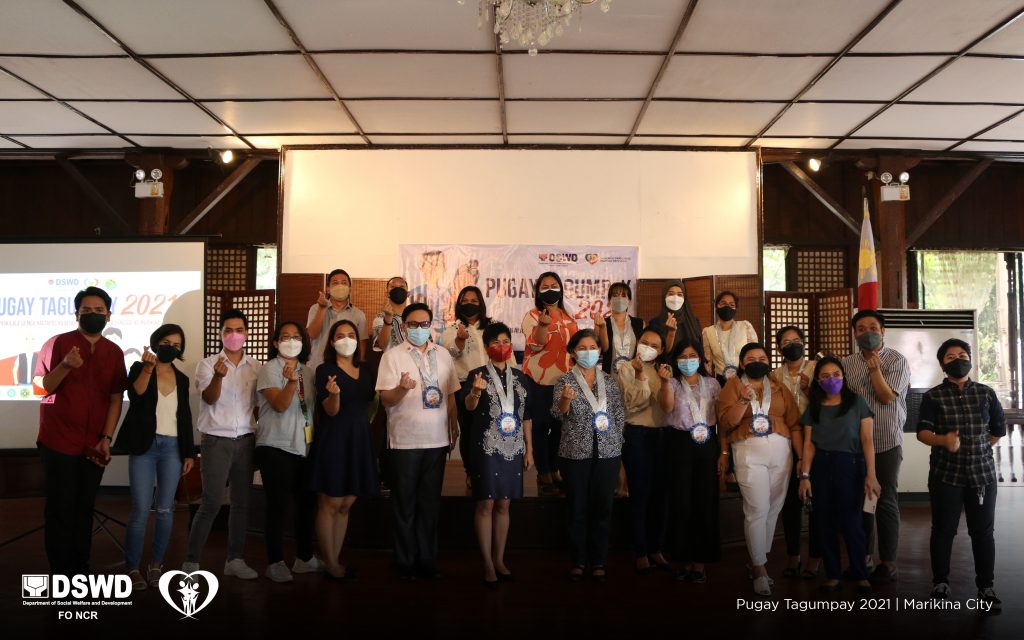 Marikina City Mayor Marcelino “Marcy” Teodoro gave his inspirational message to the 18 exiting household members and expressed his gratitude to these families and promised that the Local Government Unit of Marikina will assist them and continue to provide support services even after exiting the Program. 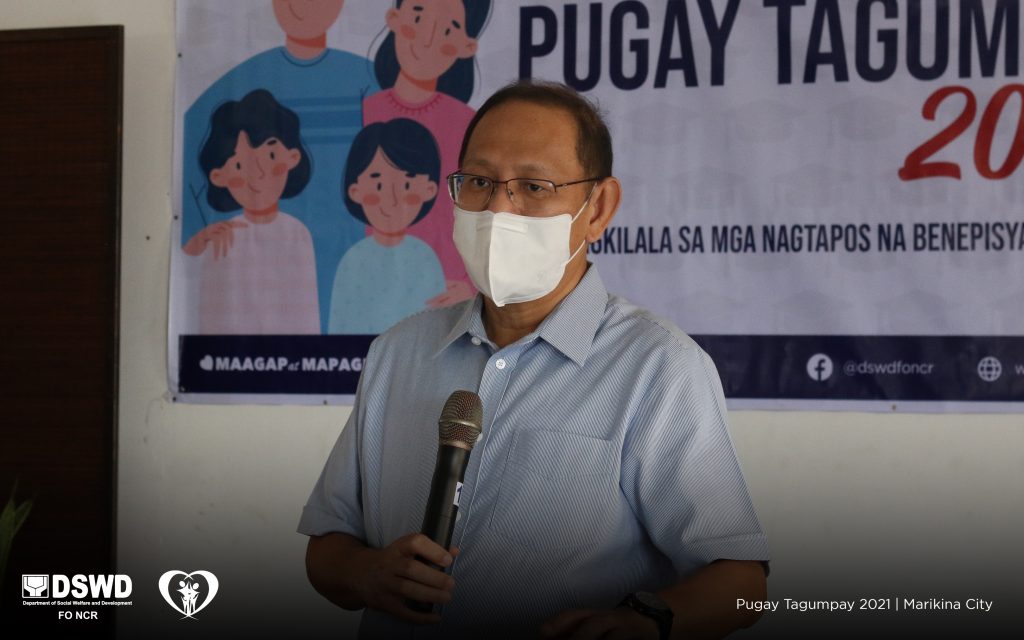 The awarding of certificates highlighted the convergence efforts of the different partner stakeholders of the Program. In addition, they also received Certificates of Program and Services Entitlement for interventions for their aftercare Program under the Local Government Unit of Marikina to further improve and sustain the level of well-being of the exiting household members.
The activity was capped by the presentation of the Sama-sama campaign which underlined and featured the convergence effort of the 4Ps with the community as well as with the partner stakeholders of the Program. 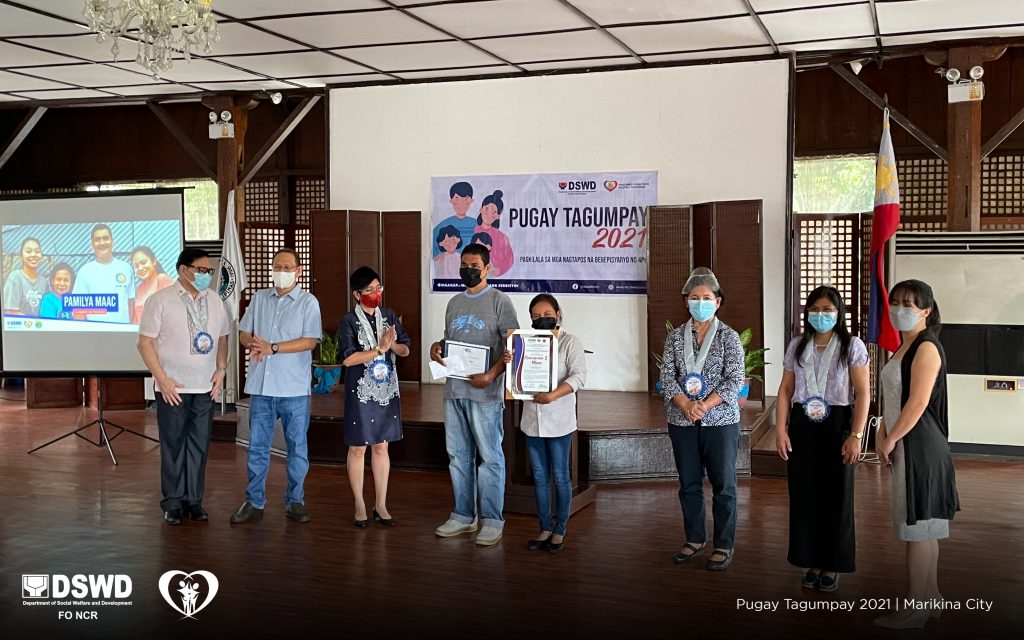 The Ceremonial Graduation in Marikina City was the 7th among the series of pilot ceremonial graduations throughout the 17 LGUs of the region. Moreover, the ceremonial graduation is one of the highlights of the Pantawid Pamilya as the Program celebrated its 2nd year of institutionalization last April 2021 as a National Poverty Reduction Strategy of the government also known as R.A. 11310 known as “An Act Institutionalizing the Pantawid Pamilyang Pilipino Program (4Ps)”. ##